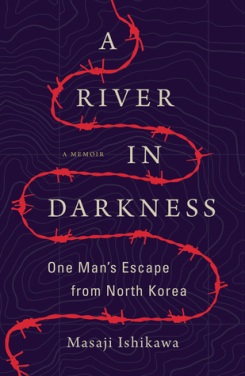 An Amazon Charts Most Read and Most Sold book.

The harrowing true story of one man’s life in—and subsequent escape from—North Korea, one of the world’s most brutal totalitarian regimes.

Half-Korean, half-Japanese, Masaji Ishikawa has spent his whole life feeling like a man without a country. This feeling only deepened when his family moved from Japan to North Korea when Ishikawa was just thirteen years old, and unwittingly became members of the lowest social caste. His father, himself a Korean national, was lured to the new Communist country by promises of abundant work, education for his children, and a higher station in society. But the reality of their new life was far from utopian.

In this memoir translated from the original Japanese, Ishikawa candidly recounts his tumultuous upbringing and the brutal thirty-six years he spent living under a crushing totalitarian regime, as well as the challenges he faced repatriating to Japan after barely escaping North Korea with his life. A River in Darkness is not only a shocking portrait of life inside the country but a testament to the dignity—and indomitable nature—of the human spirit.

I finished this a little while ago but have been struggling on how to fairly review it! I did enjoy the read but cannot talk smack, yes smack, about it just because I disliked the situations or ending because it’s a TRUE STORY!

I am always interested in Korea because my Grandpa fought in the Korean War. I feel like the war and time period is really forgotten. Although A River in Darkness doesn’t focus on the war on the specific time in the war, it’s a connection that is necessary to understand the United States entering the war.

I obviously understand the complexity of North Korea and it’s extremeness but this book still shocked me. The lifestyles explained were horrific, eye-opening, and heartbreaking. What Ishikawa and his family endured is hard to even wrap your head around. It’s hard to not literally believe what happened but believe that any of this has really been going on.

Although non-fiction, I find myself at a wall to be able to talk any more about the book without giving away the shock value of reading it yourself. I highly recommend this quick yet informative read. It left me in pieces.

I am still working through my Spring Summer Bingo list. I’m doing really well even though I’ve deviated off of my TBR. Because of this deviation, I AM NOT setting up a TBR list for May. I am going to try and knock out some bingo squares but I am not in any way going to set anything specific because I’ve been changing so much around anyway.

All in all, April was AN AWESOME MONTH! I read more this month than I think I have any other month with a total of 12 books! I finished:

A Painted House – Review will be posted soon.

The Lighting Thief – Review will be posted soon.

If Cats Disappeared from the World – Review found HERE

A River in Darkness – Review will be posted soon.

One of us is Lying – Review will be posted soon.

The Woman in the Window – Review will be posted soon.

Flygirl – Review will be posted soon.

Things You Save in a Fire – Review will be posted soon. 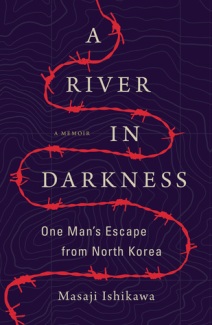 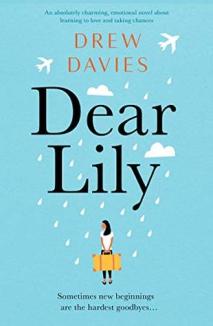 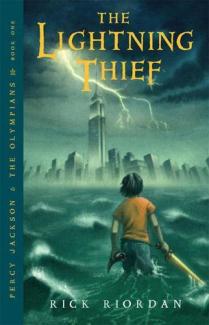 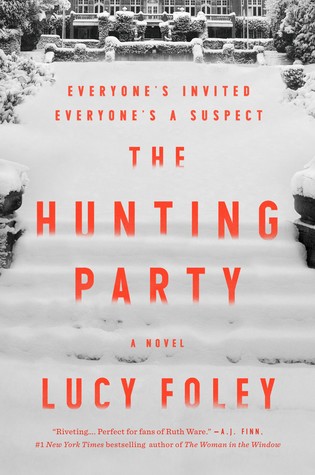 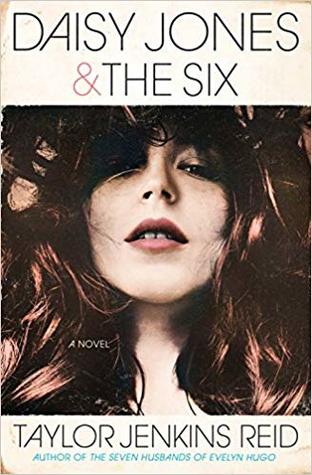 What did you read this month? 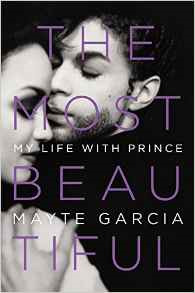 At the one-year anniversary of his death, legendary musician Prince’s first wife shares a uniquely intimate, candid, and revelatory look inside the personal and professional life of one of the world’s most beloved icons.

In The Most Beautiful, a title inspired by the hit song Prince wrote about their legendary love story, Mayte Garcia for the first time shares the deeply personal story of their relationship and offers a singular perspective on the music icon and their world together: from their unconventional meeting backstage at a concert (and the long-distance romance that followed), to their fairy-tale wedding (and their groundbreaking artistic partnership), to the devastating losses that ultimately dissolved their romantic relationship for good. Throughout it all, they shared a bond more intimate than any other in Prince’s life. No one else can tell this story or can provide a deeper, more nuanced portrait of Prince–both the famously private man and the pioneering, beloved artist–than Mayte, his partner during some of the most pivotal personal and professional years of his career. The Most Beautiful is a book that will be returned to for decades, as Prince’s music lives on with generations to come.

Ask me what my favorite song is. I’ll embarrassingly tell you, “Raspberry Beret”. No joke. When I was a kid, my favorite artists were Prince and Michael Jackson. I always said I would see them perform. Unfortunately I never was able to do that. Since both of their deaths, I’ve made it a goal to go see as many greats as I can before they pass. Music was my passion long before reading. I still connect with music and I jumped all over finally getting to read Mayte Garcia’s The Most Beautiful.

I was only on the third page where I was already admiring Mayte Garcia’s writing. Her descriptions, imagery, similes, metaphors, all the above were so great! I was immediately tied in and was wondering myself why she doesn’t pick up a pen and write a fictional story. She’s a great writer and even if you aren’t a Prince fan like myself, you would most likely enjoy the book as it is mostly about Mayte and her life with Prince just happening to be a large part of it. Don’t expect to get a bunch of Prince data here. Yes, he is a main focal point of the book but as stated it really is about Mayte and her life while Prince was involved in it.

I started the book, and then life happened. Even though it says I started the book on the 11th, I really didn’t sit down until the 26th to tackle it. I read it in two sittings pretty much. It’s a quick and interesting read. It’s so beautifully written and I really felt the love between her and Prince jumping off the pages. I was actually heartbroken thinking how a love so strong ended. Mayte however writes this book in pure love. She doesn’t hide some of his flaws but talks so highly of him throughout the entire book it’s hard to stay angry with any of his flaws in which she also had a hard time doing.

I’m so glad I read her perspective of the life she had with Prince. The book is warm yet blunt, happy yet sad, and full of love yet full of heartbreak.

“Before I learned to walk, I learned that sometimes life requires a girl to be a tough little cookie.”

I received a copy of Educated from Netgalley and Random House in exchange for an honest review. All opinions are my own.

Tara Westover was seventeen the first time she set foot in a classroom. Born to survivalists in the mountains of Idaho, she prepared for the end of the world by stockpiling home-canned peaches and sleeping with her “head-for-the-hills bag.” In the summer she stewed herbs for her mother, a midwife and healer, and in the winter she salvaged in her father’s junkyard.

Her father forbade hospitals, so Tara never saw a doctor or nurse. Gashes and concussions, even burns from explosions, were all treated at home with herbalism. The family was so isolated from mainstream society that there was no one to ensure the children received an education, and no one to intervene when one of Tara’s older brothers became violent.

Then, lacking any formal education, Tara began to educate herself. She taught herself enough mathematics and grammar to be admitted to Brigham Young University, where she studied history, learning for the first time about important world events like the Holocaust and the civil rights movement. Her quest for knowledge transformed her, taking her over oceans and across continents, to Harvard and to Cambridge. Only then would she wonder if she’d traveled too far, if there was still a way home.

Educated is an account of the struggle for self-invention. It is a tale of fierce family loyalty, and of the grief that comes with severing the closest of ties. With the acute insight that distinguishes all great writers, Westover has crafted a universal coming-of-age story that gets to the heart of what an education is and what it offers: the perspective to see one’s life through new eyes, and the will to change it.

END_OF_DOCUMENT_TOKEN_TO_BE_REPLACED

What I am Currently Reading

I have not been on social media for a couple of days except to post as i was taking a breather so i was unaware of this! I’m here now! Awesome cause. #blackouttuesday #blackoutday2020
I was on a roll this May until I picked up Wolf Hall. I’m actually really liking it but it’s definitely not a fast read! I did finish these ten for the month! ⠀ The Jane Austen Society - ⭐️⭐️⭐️⭐️⠀ The Bromance Bookclub - ⭐️⭐️⭐️⭐️⠀ And Then There Were None - ⭐️⭐️⭐️⭐️⠀ Pretty Little Liars - ⭐️⭐️⭐️⭐️⠀ The Lager Queen of Minnesota - ⭐️⭐️⭐️⭐️ Safe Place - ⭐️⭐️⭐️ Hieroglyphics - ⭐️⭐️⭐️⠀ I Am Malala - ⭐️⭐️⭐️⠀ Her Every Fear - ⭐️⭐️⭐️⠀ The Belles - ⭐️⭐️ ⠀ ⠀ #bookiehelper #monthlywrapup #currentread #booklovers #may2020 #bookaddict #bookshelf #instabooks #bookcommunity #booklover #bookworm #bookish #bookstagram #bookstagrammer #booksofig #booklife #bookaholic #booklove #booklovers #bookshelf #booknerd #bookworld #bibliophile #booklover #june #instabook #bookstagramfeature #readinggoal #wrapup #thriller
Follow Read, Teach, Eat, Repeat on WordPress.com

I am an avid reader and cook who lives to travel to explore new restaurants, cultures, and experiences.